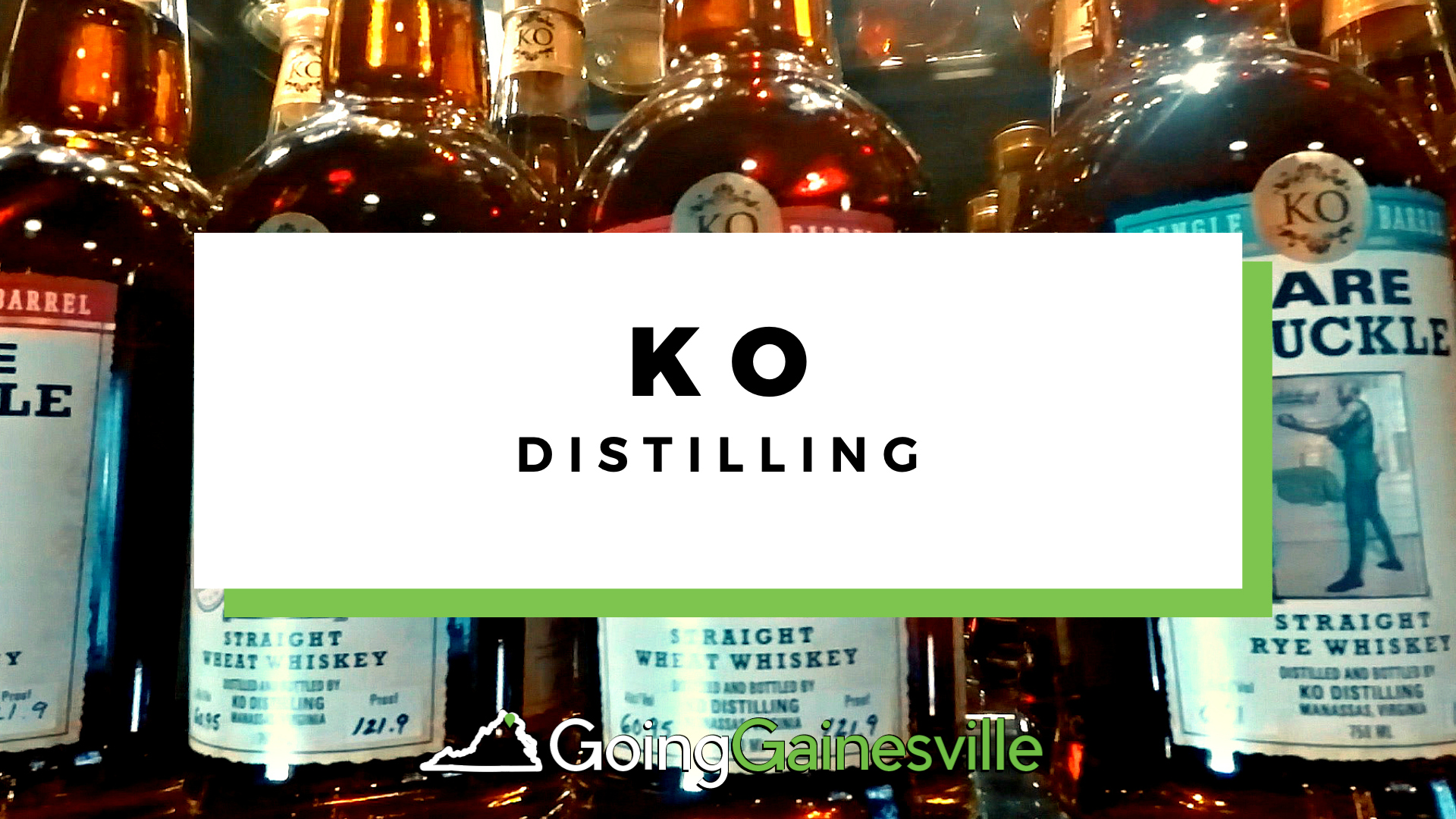 Hey! It’s me, your Going Gainesville host bringing Joe Brown – Caliber Home Loans, Inc. with me as we check out KO Distilling in Manassas!

KO is the only distillery in the city of Manassas. Run by co-founders Bill Karlson and John O’Mara (“K” and “O”), Bill and John have been distilling for 6 years together with KO opening it’s doors 4 years ago. John is a graduate of Moonshine University (how do we enroll in *that* college?).

They initially started with clear spirits – 2 gins and a whiskey. In 2015, they added brown spirits – bourbon, rye, and wheat whiskey which has since won them their most prestigious award – the Virginia Bourbon Invitational – awarded to KO’s Bare Knuckle Straight Bourbon whiskey.

Peter Mowery, the sales and marketing director at KO, played bartender during our visit. Here’s what we tried:

You’re definitely going to want to check these guys out. Here are their details: